A window into Windows 10.

Microsoft released Windows 10 to the world on July 29, 2015. And less than a month after release, CNN reported that 75 million systems had already been upgraded.1 That is a major jump from Windows 8.1 (it took two years to reach that number). Hearing reports like that can make a Windows user eager and ready to upgrade.

But should you be one of the new guinea pigs and jump into it like millions of people before you?

While I like the new feel of Windows 10 and am happy to have my Start menu back, among other creature comforts, I cannot say my experience with Windows 10 has been all strawberries and cream.

One major reason is because Windows 10 just randomly freezes. No rhyme; no reason. Sometimes CTR-ALT-DEL will work and you can close all the programs that are not responding. Other times, your only choice is to power off the system completely.

Number two? Drivers. Without good hardware drivers, the operating system is just waiting to turn your system into a giant brick. The lack of drivers that work with Windows 10 is a known issue, and many manufacturers haven’t written new drivers yet. You just cross your fingers and hope Microsoft wrote decent third-party support updates.

Which brings me to my next point. If you’re running Windows 7 or 8/8.1 and the system automatically runs the now-forced Windows updates, Windows should recognize the APU (accelerated processing unit) and download the drivers to update the system. However, upon a reboot, the system likely doesn’t boot back into Windows, thus leaving you to perform another fresh reinstall of the operating system only to be forced to install the updates again and thereby kicking off a continuous loop of frustration. Unless your system came pre-installed with Windows 10 and was specifically designed to work with it, this is just something we all have to live with at the moment.

Three? While Internet Explorer has become an aging dinosaur, Microsoft Edge has slipped in and taken over to replace it. And it does load some pages very quickly when timed against other web browsers, but there are other pages it just won’t load at all. Sites like YouTube or pages heavy with multimedia content will show an error message or have half of the content loaded while the other half is nowhere to be found. It just never comes to the party. Thankfully, Microsoft has made IE11 still available and if you dig into your apps, you will find it on the Start menu. But average users who are not adventurous may never find it.

Four would be a privacy concern. Some users might not care. But those who do should know that everything you do is going back to Microsoft. Every app you open, every page you look at. Microsoft gathers it, evaluates it, and figures out new ways to make your life better. You can turn off all the privacy elements if you look for them. But you will be surprised at just how many different places you have to look for them. They aren’t all in one convenient place to find.

Five is software support. In general, everything I tested seems to work alright. Although the previous version of Symantec Endpoint did not work and a newer version had to be downloaded to ensure antivirus protection, there was nothing further that didn’t work.

Businesses in general will usually wait a few years before upgrading and implementing a newer version of Windows. There is good reason for this. When your company relies on proprietary software, it is never good to assume all your applications will run smoothly with the new operating system. Larger companies will run what they call a “test-bed” where maybe one or two people will run applications using data that is not in real-time to see what will stick against the wall and what will ultimately fall. Other smaller companies will just wait until their software vendor endorses their software with the authentication to verify that it has been tested heavily and runs with the new operating system.

So is there anything I liked about Windows 10? I will say that at least Microsoft gave us a choice this time. You can have it or get rid of it. Thank you for that.

For me, the only other thing to like would be that it will stream your X-Box One games to your PC. Having the ability to play your same console games on your PC is a neat thing. And so are the new DirectX-12 and the ability to fully utilize the Unreal Engine 4 and OpenGL. So if you’re a gamer, this is definitely a boost to PC gaming.

In conclusion, should you upgrade to 10? You will have the ability to do so only if your system is eligible for the free upgrade. But it is available for only a year. After that, anyone who wants to upgrade will have to purchase it. Windows 10 has a few quirks that I have no doubt Microsoft will fix soon. And I think as time goes on and Windows 10 becomes the standard, more companies will work harder on creating new drivers to cooperate with the operating system. But for right now, I would just stick to good old reliable Windows 7 or 8/8.1. They both work fine, and while Windows 7 actually lost Microsoft support on January 13, 2015, Windows 8/8.1 is still supported until January 10, 2023. Wait a few more months and I’m sure these shortcomings will have been resolved. In all honesty, like any previous upgrades, Windows 10 is going to run differently on every system. You just have to decide for yourself if it is worth it. 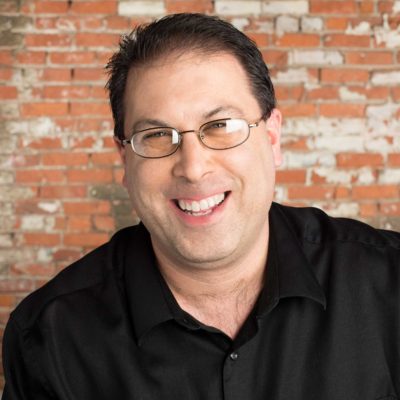