Apple’s latest mobile operating system, iOS9, allows users to download apps that will block ads in other apps, and it has the internet in an uproar. Businesses are booing and consumers are cheering. Ad blocking is by no means a new idea, but this type of company-sanctioned blocking is a pretty big shift. Especially from Apple, which famously and successfully led the campaign to kill Adobe Flash. But this certainly isn’t the end of online advertising.

Many companies and individuals have concerns about these ad blockers, and some have even asked readers to ignore this new technology – block-blockers, if you will. Take this article from Wired. It argues two things: (1) ads are what keep the internet free and (2) ads are there for consumers, serving content that’s relevant to them.

The article’s first argument is compelling. Scrolling past a few hundred pixels’ worth of Zappos and GMC ads is a pretty low cost as a consumer. Especially compared to an internet run as a subscription model.

Its second argument shows a misunderstanding of consumers. As in the past, people want to hide ads for many reasons – to speed up page load, to reduce unnecessary bandwidth usage, to declutter the page for easier reading – but also because the ads are often irrelevant.

Face it: ad networks are letting us down. With the amount of data they collect about user demographics, habits, past purchases, etc., they need to do a better job delivering ads that we’ll want to click. In 2013, 12 percent of time online was spent shopping. This shows that users are prepared to spend. They’re quite possibly already holding their credit cards.

Online advertising isn’t going away, and it shouldn’t. It’s literally the reason everything online is free. And these ad blockers aren’t a response to advertising as a whole, but rather to too many poorly placed ads. We need a Deter Rams, less-but-better approach. The next step will not be figuring out how to trick ad blockers into showing our ads but rather listening to consumers and giving them content they won’t want to block. 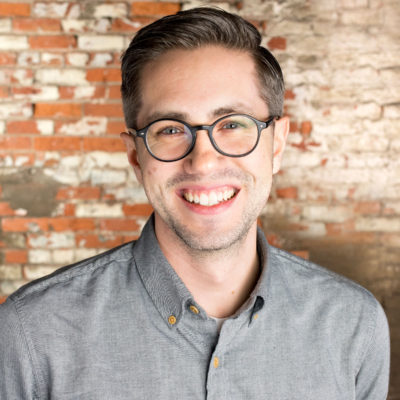