Cocktails for the kids.

As we continued to squeeze every last bit of sun and fun out of a summer that seemed to last all of five minutes, AAF Buffalo officially kicked off its 2017–2018 season with the annual Big Tip-Off. Our local marketing celebrity bartending event drew a record crowd to the breezy rooftop of the Soho Burger Bar. Not only was this an opportunity to rub bent elbows with colleagues, friends, and frenemies alike, all the damp dollars emphatically jammed into each drink slinger’s tip jar go directly toward AAF Buffalo’s scholarship programs. And right in the center of all the sweaty action was our very our manic mixologist and media mastermind, Biagio Patti.

“I don’t even know what a gin and tonic is,” our guy was overheard boasting earlier in the day.

But his lack of cocktail knowledge sure didn’t hold him back as he sloshed through two half-hour shifts supplying thirsty patrons with canned beers, rum and cokes, vodka sodas, and, yes, gin and tonics. Bar rag regally swept over his shoulder, he kept his energy and enthusiasm high for his full 60 minutes in a manner that would have made Hopper proud as heck.

When the taps were finally dripped dry at 9pm, one bartender stood apart from the field of eight, holding the heaviest tip jar high above his bearded head. Yes, Biagio reigned supreme, bringing home to Crowley Webb the coveted Big Tip-Off trophy for the third straight year. In total, $4,462.21 was raised for students, and not one fingertip was lost cutting limes. Not a bad way to begin bidding farewell to the summer of ’17. 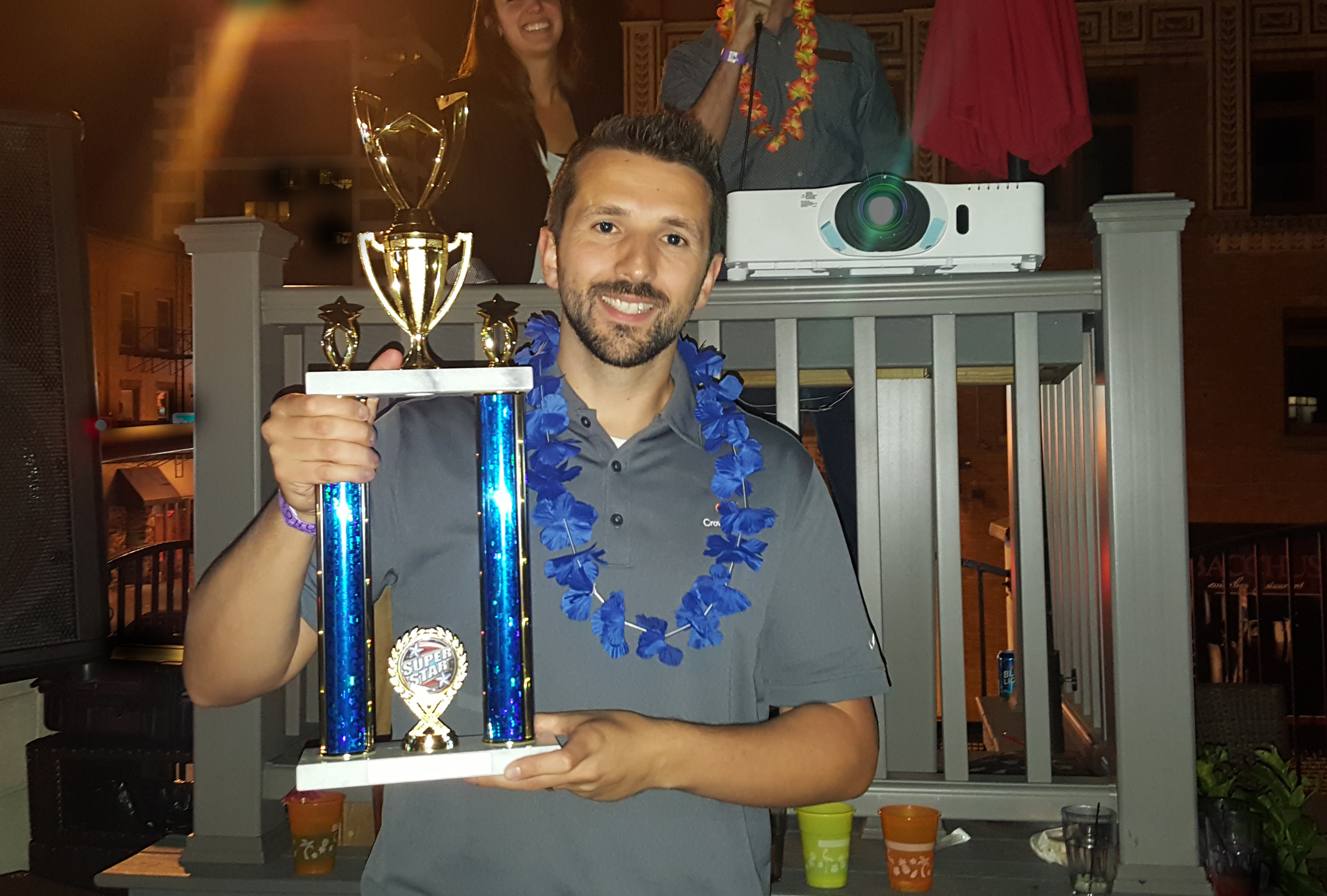