An eye on local student work.

Each year, the Advertising Club of Buffalo holds the Don Nichols Scholarship Competition – an opportunity for communication studies college students to show off their chops. They’re presented with a theme and, well, that’s it. The challenge is to express it however they see fit. It could be a poem, video, a painted brick, or a nicely designed poster. Most opt for that.

For more than a decade, Crowley Webb has been honored to judge the fine work. It’s a welcomed break in the day to be immersed in some impressive pieces for an hour – and be inspired by the next generation of thinkers. We then selected a set of winners. We don’t simply judge entries on design aesthetic (while not mandated, the vast majority over the years have come from design students – what’s the deal, writers?) but rather how well they communicate their take on the theme. Whether we agree with the stance or not.

Past themes like diversity, 21st century icons, and climate change offered far less controversy than 2016’s – the election. Opinions aside, area students wowed us once again with expressions of their thoughts on the candidates, the selection process, and what issues are key in their minds. Presidential hopefuls were bashed, hailed, challenged, and compared to Humpty Dumpty.

In the end, three pieces rose to the top in a far less contested fashion than might be the case at the RNC this summer. Check them out below. 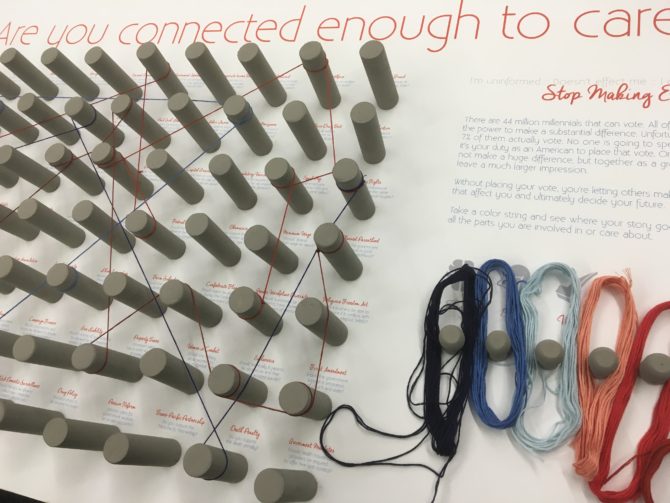 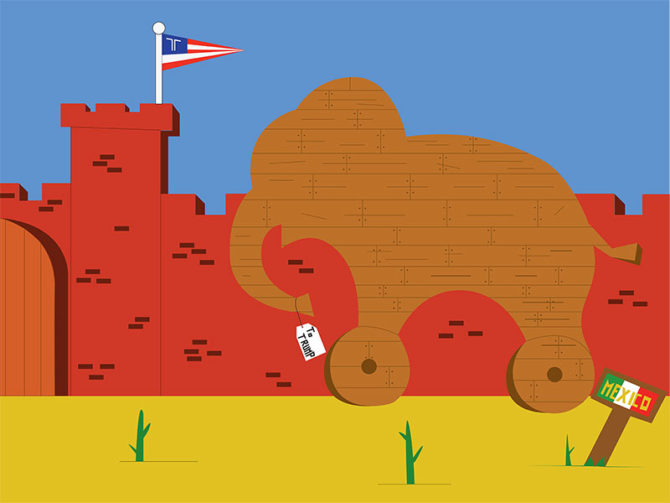