Today is the first day of the 2017 Cannes Festival of Creativity. As industry nerds know, the festival is a who’s who in advertising, and some of the most thought-provoking work done industry-wide over the past year is recognized there. That work is also recognized elsewhere, like around the water cooler at agencies around the world, like this one. Here are our 2017 Cannes Lions picks.

“When I first saw this spot, it was an instant favorite. They did a great job of communicating that VR is for anyone and that its possibilities are endless. It should also be in the running for the best use of ‘Rocket Man.’” – Rosalind Cardone, copywriter

“As a feminist and PR pro, I have to choose ‘Fearless Girl.’ She’s a potent symbol of female leadership, and she’s relatable. Research shows that we pick up on cultural stereotypes at a very young age – those that promote the idea that being intellectually gifted is a male quality. The fact that the statue is a little girl rather than a grown woman may have the best chance of convincing little girls that they are, in fact, smart enough.” – Paige Meckler, public relations coordinator

“It’s rare that I watch a video twice. Let alone a half a dozen times. And then share it on Facebook. And then email it to my coworkers. Forgetting everything else about it that’s great and important, it’s such a solid concept – and that’s still king in my book.”

“An honorable mention: That IKEA ‘Cook this page’ is my dream come true. It’s so IKEA. Such a smart idea built on a real insight. I never saw anything about it before watching the entry video, which bums me out a little. But we also don’t have an IKEA within 200 miles (that doesn’t require leaving the country), so there’s that. #BringIkeaToBuffalo.” – Liz Mattingly, creative supervisor

“‘Addiction’ was one of my favorite ads this year. I’m generally a sucker for PSAs, but this one in particular stuck out to me. It wasn’t just the work, but the aftereffects – because that’s what a PSA is all about, right? Affecting change. Well, this one sure did.” – Caleb Houseknecht, content strategist

“The World’s Biggest Asshole” for Donate Life, The Martin Agency

“‘The World’s Biggest Asshole’ made me smile, smirk, cringe, and tear up. Not bad for a video under three minutes. What starts as a portrait of an awful person we can all easily imagine – a drinking-and-driving, truck-nut-sporting, underwear-thieving degenerate – (lest we already know a Coleman F. Sweeney) becomes a story of life being passed on to some very deserving souls – a father, a teacher, and a veteran. And ‘silly’ masterfully becomes a powerful message about how doing something so beyond easy (even a total self-absorbed jerk can do it) can have enormous repercussions. As Coleman’s existence suddenly turns on a dime, remarkably the video’s tone does too. It’s beautifully memorable, vulgar, and moving all at the same time. The central, simple message can’t be missed – organ donation is a no-brainer, even for those with no brain. Here’s a middle finger salute to you, Martin Agency.” – Matt Low, creative director

“A one-minute, all-type, true story that really can guilt you into doing something better with your life.” – Katie Hazel, creative supervisor 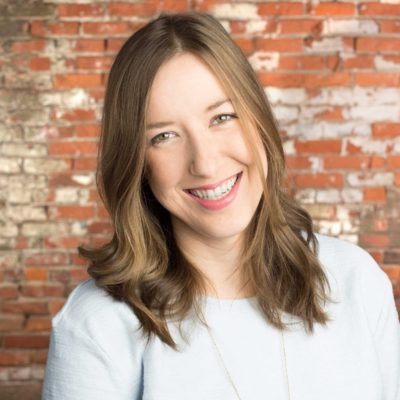