What makes a story newsworthy?

“It’s amazing that the amount of news that happens in the world every day always just exactly fits the newspaper.” – Jerry Seinfeld

Everyone wants to see their story in the news, but we all know there’s limited space for print and broadcast, and the endless scroll that is digital news still requires someone’s time and energy to write and post stories.

Journalists receive nearly 100 pitches a day. Sure, some get more and some get less. But compound that with office emails about cake in the lunchroom, coworkers’ vacation schedules, and meeting requests. The truth is, with shrinking newsrooms and limited resources, your story had better be good to get noticed.

Companies that want to see their story picked up need to make sure that, first and foremost, it’s newsworthy. To give a story a better chance at making the cut, try to tailor it to one or more of the following categories:

Trends. Does the story lend itself to a current trend or timely topic? Aim to weigh in with an insight, opinion, description, or explanation of the topic.
Several scientists and graphic artists made the news by commenting on “the dress” viral trend.

Seasonality. Can the story (or product launch) be aligned with a calendar season, sports season, holiday, or popular annual event?
New ballpark concession items are typically unveiled around the beginning of baseball season.

Urgency. Does the story contain breaking news that needs to be told immediately or does it have a longer shelf life? If it’s not urgent, it risks being filed away for a slower news day.
The announcement of a major business merger like the recent one between AOL and Verizon was covered by publications large and small.

Novelty. Does the story provide information that breaks a normal course of events and intrigues people to ask what caused the change?
If housing prices suddenly spike in a consistently flat real estate market, media will want to investigate what’s behind it. This could develop into a handful of stories featuring residents, realtors, politicians, and local businesses.

Local. Does your story take place in a location covered by the media outlets on your distribution list? Most news outlets cover specific geographic areas that can range from a specific town, city, county, state, or region.
A community newspaper attends a press conference taking place in a town within its circulation area but is unlikely to cover one in a neighboring city.

Impact. Does the story affect a large amount of people or an industry?
A large company is moving into the area and will create dozens of jobs.

Human interest. Does the story have an emotional angle? Human interest stories can break some rules of newsworthiness if they instead invoke a sense of happiness or sadness.
A local news station may feature a soldier who lives in a different state as he surprises his family during the holidays.

Irony. Does the story have an unexpected outcome? Though it’s likely not the right fit for a business story, news programs can’t resist a good surprise ending, plot twist, or excuse to use a pun.
U2 guitarist The Edge fell off a stage during a concert after getting too close to… the edge.

There are a few areas that are uncontrollable and will always be covered as a priority in the news. This could mean that your story gets bumped in an effort to make room for a hot issue. They include:

Conflict. This can range from politics to a celebrity feud, or something major, like riots, court verdicts, or acts of violence.

Disaster. This includes natural disasters like tornadoes, blizzards, or hurricanes, as well as house fires or traffic accidents.

As you work to get publicity, start by identifying your story and considering all potential news angles that apply. Next, collect the necessary details needed to tell that story by interviewing people with knowledge of the topic and researching it online, in case studies, or in published work. Organize the information you have uncovered in a press release or pitch and share it with the media, calling out why the story is newsworthy.

A good story is one that is relevant or interesting to a news outlet’s audience. If you keep that in mind when pitching, you’ll have a better chance of getting your story picked up and shared. 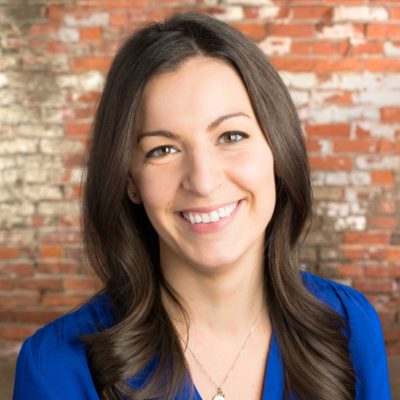