A dozen reasons to celebrate.

With six promotions and six new recruits, we have a lot to celebrate over at The Sweeney. Let’s get to know a little bit more about these amazing Crowley Webbers.

Andrea Berki-Nnuji has been promoted to senior director of analytics. As the fearless leader of our flourishing analytics team, Andrea continues to lead the department and see all analytics campaigns through, from primary and secondary research to projections, measuring, and reporting. Andrea is in her sixth year with us, and we couldn’t imagine the A-Team without her.

Biagio Patti has been promoted to media director. Leader of the unofficial Crowley Webb lunch crew and a newly named company partner, he has been with us for 13 productive years. Biagio leads our media team in performing media research, developing strategic media campaigns, and finding the most efficient and effective path to reach agency and client goals.

Jessica Carroll has been promoted to associate media director. She is our resident Canadian and go-to gal for all things media strategy, and she’s responsible for campaign performance analysis and optimization, as well as digital media planning and buying. Jess has been with us for a decade and consistently delivers amazing work for Pony Jorgensen, ESAB, Praxis, and more. 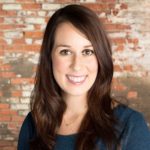 Shannon Vogel has been promoted to senior project supervisor. A sweet ray of sunshine and a killer account professional, she manages select agency clients – including Wilmington Trust and API Heat Transfer – and leads efforts to pursue new business and ensure fully integrated campaigns are executed to the highest standards. Shannon has been a Crowley Webber for nine years. 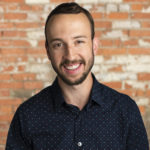 Kearney Erhard has been promoted to senior copywriter. In his new role, he takes on increased responsibility for writing and developing creative campaigns for a variety of our industrial clients, including Pony Jorgensen, Goldblatt, and ESAB. New title or not, he’ll still be known as the king of puns around here. 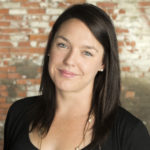 Samantha Maroney has been promoted to senior project manager within Praxis, our patient recruitment division. Sam brings her A game when working on some of our biggest pharmaceutical sponsors, including Janssen, Celgene, Lilly, and Neurocrine. Sam has been with us for three years. 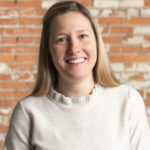 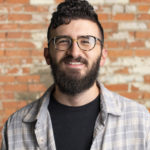 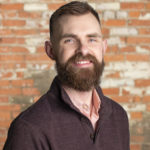 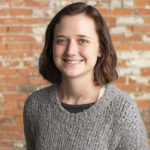 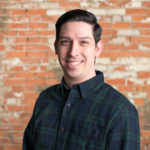 Excited for what’s to come, folks!